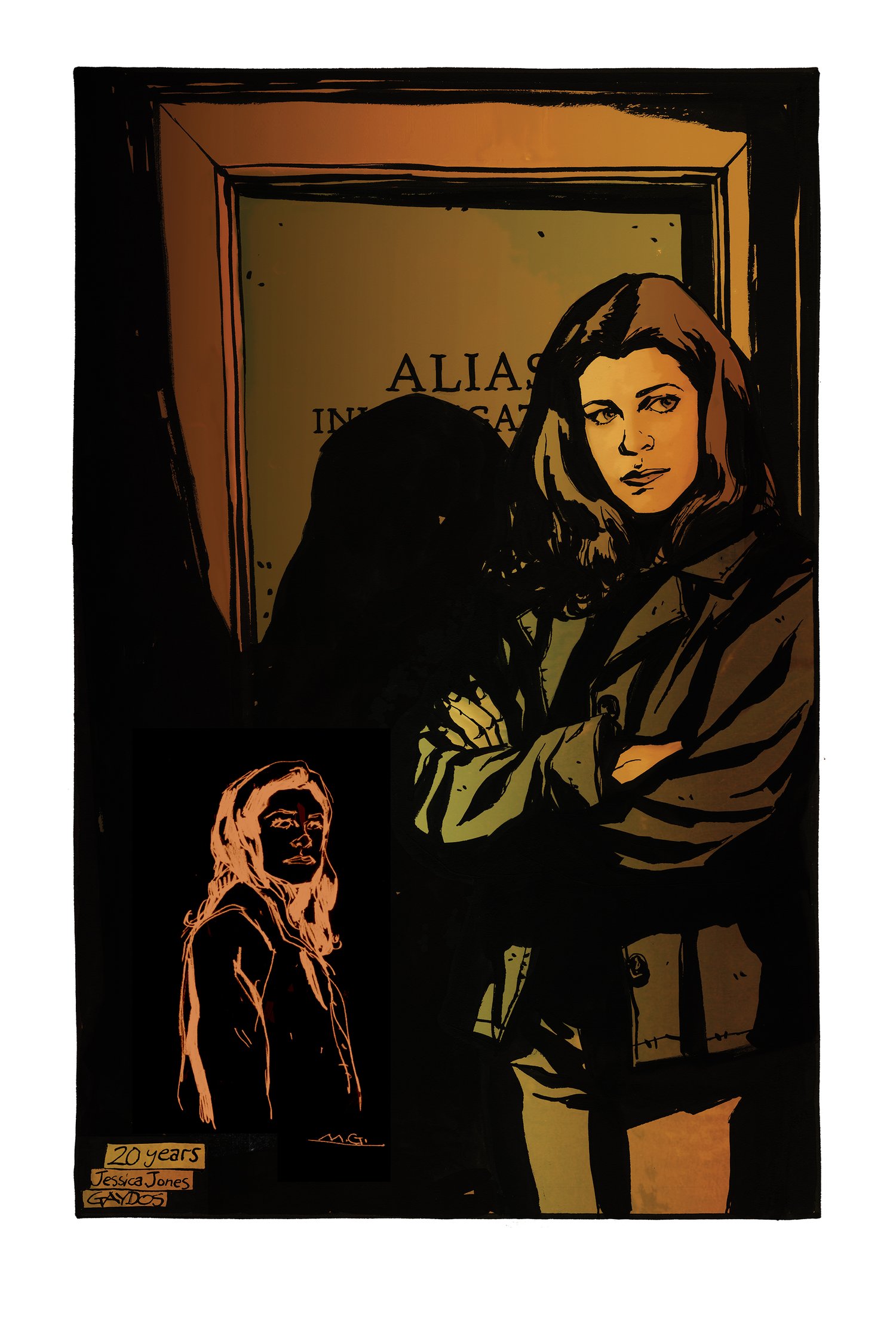 Coming from the series Alias, written by Brian Michael Bendis, Jones is one of the most influential and impactful modern Marvel creations. The series broke ground in how it directly tackled sexuality, abuse and trauma- all from the purview of a complex and compelling female protagonist in Jones. It wasn't a surprise when Alias and Jones was brought to screen with a three season, critically acclaimed adaption on Netflix.

This lavishly printed edition features new original art from Gaydos. Each print is hand signed, numbered and embossed by the artist and will also include a unique sketch of Jessica. Examples of what to expect are included in the photos.

Michael Gaydos has established himself in various artistic channels. For the past twenty plus years he has worked in the world of the illustrated word and the graphic novel. His list of credits include work for Marvel, DC, Archie, Dark Circle, Boom, Virgin, Dark Horse, Fox Atomic, Image, IDW, NBC, Tundra, NBM, Caliber, and White Wolf among others.

He has received two Eisner Award Nominations for his work on ALIAS with Brian Michael Bendis for Marvel and is co-creator of Marvel's Jessica Jones who has her own Netflix series debuting in November 2015.

In addition to his Illustration work, Michael's fine art paintings, drawings and prints have been the subject of a number of solo exhibitions and his art is in private collections worldwide