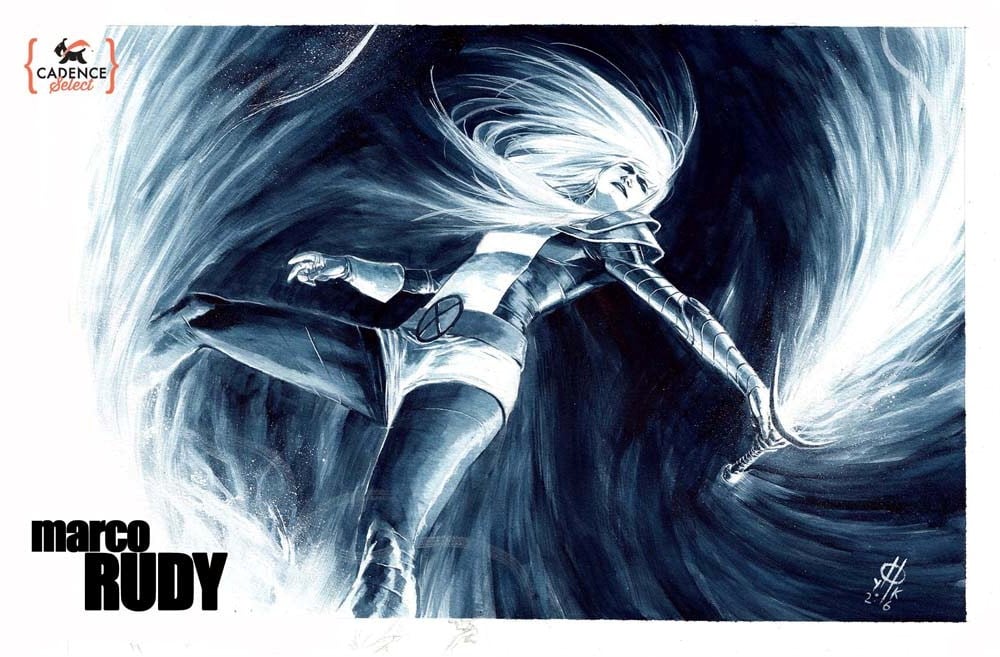 Please include character request in "Note to seller" when checking out.

Images shown are for samples purposes only. All sales final.

Originally from Mozambique, Marco Rudy moved to Brazil and broke into comics by networking through his Deviant Art page. He eventually collaborated with Howard Wong & Jim Valentino on Image Comics After The Cape. From there he did some ink work for BOOM! on the covers of Zombie Tales and Cthulhu Tales. He eventually landed at DC with Final Crisis: Escape & Final Crisis: Resist, and later on working on other DC titles such as Action Comics, The Shield, Superboy, Supergirl, and Superman/Batman. Marco was one of the two main artists on DC’s New 52 series Swamp Thing with Yanick Paquette and Scott Snyder. In October 2013, Marco was the artist behind Marvel Knights: Spider-Man, in which Spidey faces-off against 99 of his Spider-foes. He's recently had gigs on a few other Marvel books, including Uncanny X-Men and New Avengers Annual, as the titular artist for Bucky Barnes: The Winter Soldier, contributed to several other Marvel books, with single issues and covers. Currently Marco is working on a creator-owned project.