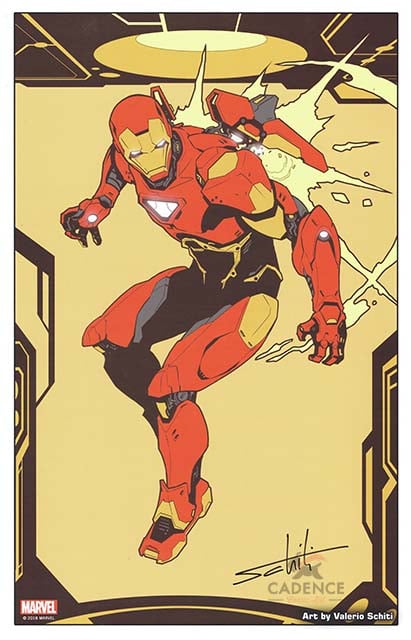 Cadence Comic Art watermark does not appear on the print.

Valerio Schiti is an Italian comic book artist. After his graduation as an architect he began his career in comics in Italy for Editoriale Aurea and then in the USA for IDW on titles such “Dungeons & Dragons: Eberron” with Paul Crilley, “Teenage Mutant Ninja Turtles micro series: Donatello” with Brian Lynch and Tom Waltz and “Battle Beasts” with Bobby Curnow.

In 2012 he started working for Marvel Comics on “Journey into Mystery” with writer Kathryn Immonen focusing on the character of Lady Sif. Then he joined writers Sam Humphries on “Avengers A.I.”, Al Ewing on “Mighty Avengers”, Jonathan Hickman on “New Avengers” and Brian Michael Bendis on “Guardians of the Galaxy”.